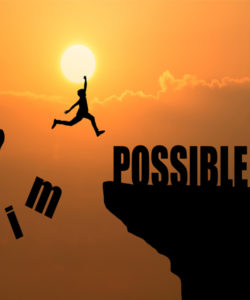 12/3 is the energy of 2019. The underlying essence is the number 3, the number of liquid sunshine.

It seems the 11/2* energy of 2018 blew the cosmic portals wide open, and whatever you held dear may have been taken away or severely challenged. Values, beliefs and spiritual growth were a huge focus, and those not yet in the light who are still here on earth are being held accountable now in 2019.

2019 has so much hidden in those numbers that I have avoided writing until today as revelation after revelation has unfolded and revealed the daunting yet exciting reality of 2019.

While this year holds all the extremes from opposite ends of the spectrum in every aspect, it will definitely be a year to remember and will go down in history as a pivotal year for decades to come.

For many of you, the reason you are on earth at this particular time will become apparent.

1 is the only PURE male or yang number of all the numbers. It is active, driven, sets goals and thrives on recognition.

2 is the only PURE female or yin number. It is receptive, intuitive, peace-loving and brings harmony, and does not get the recognition the number 1 gets. Number 2 must be content within knowing it has played a vital supportive role. I still maintain this is the most difficult of all energies to assimilate on earth.

20, or 2000, is pure feminine energy with a lot of cosmic help and spiritual backing, depicted by the 0’s.

To me, it feels like the last of the selfish, power-hungry yang energy hanging on for dear life. 2019 is the ultimate intuitive female energy vs extreme karmic male energy. Which one will win?

The intuitive and gentle female energy will win this year. How do I know this? Because next year we go into 2020, and not 1919. Fact.

“The darkest hour is just before the dawn” is the saying that jumps to mind time and again. That is where we are now. Watch as the sun rises, and little by little the extreme dark energy residual from the 1900s fades away. It cannot uphold the darkness in the light about to shine into the last of the dark crevices.

An eye for an eye, a tooth for a tooth. Watch as justice finally does its thing; as the tortoise wins the race; as good holds its own against evil and evil runs with its tail between its legs. It has been too long… too long for many war-torn countries; too long for women who have been oppressed; too long for those holding the power to continue wielding it at the expense of the weak, broken, powerless and downtrodden.

For those of you with 19’s in your numerology charts, or born on the 19th, and especially those of you 56 years old or older, specifically born in 1963, 1954, 1945 and 1936 (this is the wisdom you bring into the dynamics at this time), you have karmic debts to repay. Use your amazing assertiveness and innovative ideas to uplift humanity. Take the lead and rally whatever and whoever you need to help those who do not have the strength or resources to help themselves.

Naturally, there will still be the aftermath to clean up next year, as after all wars and disasters.

But – it is already done on a spiritual level, indeed in 2018, and was set in motion in the year 2000. Now watch as we hold the energy and vision and the world around us arranges itself to follow suit.

Shine your light bright and remember how one tiny candle can illuminate an entire room.

Let’s look at the essence of this year, which is the number 3. The two sides of this coin are joy and depression. Depression is a sign of something being out of whack, of passions being ignored, of lack of communication for whatever reason. As humans, we find many excuses to keep us trapped in depression as long as we are gaining something from the situation, even if it is just attention or not having to deal with reality. Living your passion eradicates depression.

Now in 2019 is the time to communicate exactly what it is you want and to dream and visualize the future you want for yourself and the world. Do not worry about HOW it is going to happen, just visualize very clearly WHAT you would like your life to look like and take everything else out of the equation.

Soon the means will arrive to clearly put this dream into action steps (I will write about this next year). Bring out your inner child and fantasize about stepping into freedom and joy, out of the confines of being realistic, practical or worrying about what others may think. Think Peter Pan…

This year I am expecting to see huge changes in social media and to see people speaking out about the “unspoken” and giving a voice to the voiceless who suffer at the hands of our current justice systems, financial systems, government systems and more. Educate those who know no other way and don’t see alternatives. Get creative about communicating your message to the world.

I am expecting to see a whole new era of music, pop stars and movie stars, and in fact a whole new way of presenting all of these. Motivational speakers will be pivotal in the upliftment of others in 2019 and could make all the difference. This is their year to shine.

I am also expecting religious institutions that are not sincere and are not walking in the Light and teaching the deeper truths for fear of losing followers (and money) to be exposed, as well as all institutions (religious, medical) who prey on broken people trustingly entering their doors.

Homophobia will no longer be tolerated, and many more people will feel free to come out about their sexuality. This will also eradicate many addictions and suicides which I find are rife where people are living a lie for fear of the reaction and rejection. The opposite of addiction is connection, and the 3 is all about communication.

Child pornography and abductions will come to the forefront, and people will speak out about those involved. These rings and syndicates will be rooted out, and as they are brought down, they will name and shame each other. This will gradually return childhood and innocence to children. They are not here as sex toys or for adult entertainment. Too many children have been robbed of too much. No more can we turn a blind eye.

This is the year where we loosen the grip of domination, manipulation and control which is hanging on to the edge of the cliff by its fingernails. See it happen in court cases the world over. Let evil fall once and for all…

See the silver lining at the edge of every dark cloud.

Be the light and joy the world needs.

I end off with these lyrics and the link to this song:

To dream the impossible dream

To fight the unbeatable foe

To bear with unbearable sorrow

And to run where

The brave dare not go

To right the unrightable wrong

And to love pure and chaste from afar

To try when your arms are too weary

To reach the unreachable star

This is my quest

No matter how hopeless

No matter how far

To fight for the right

Without question or pause

To be willing to march,

For that heavenly cause

If I’ll only be true

To this glorious quest

Will lie peaceful and calm

When I’m laid to my rest

And the world will be

That one man, scorned

And covered with scars,

Still strove with his last

To reach the unreachable,