Numerology and the Year 2020 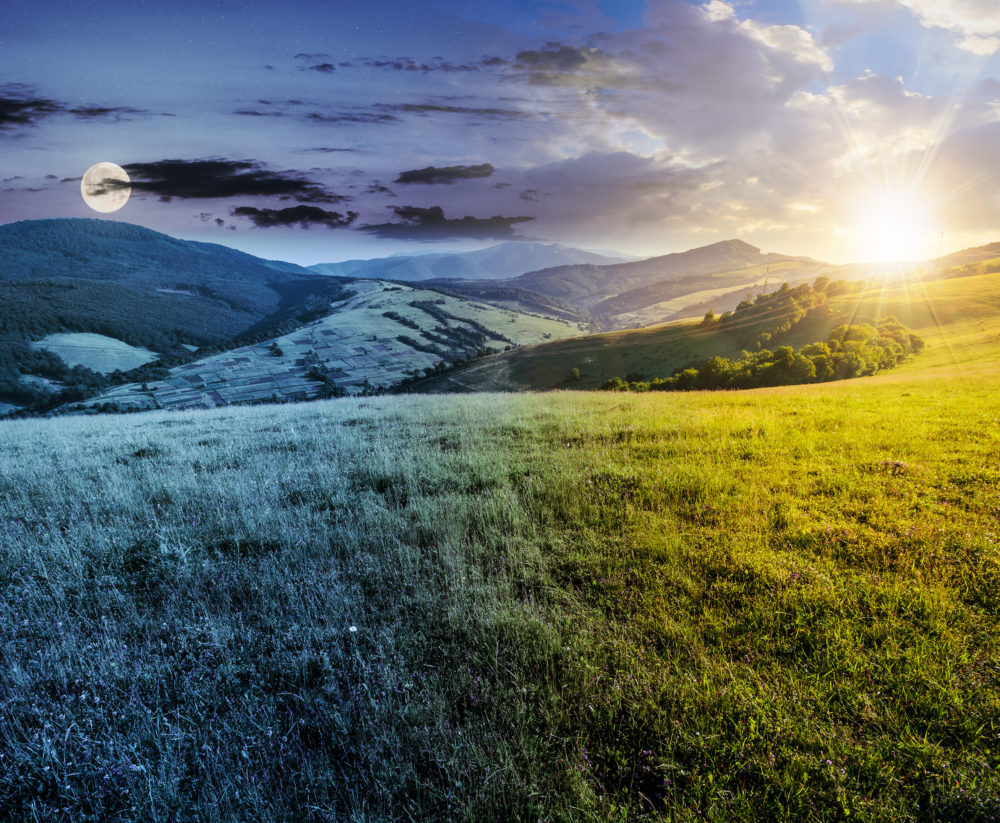 All will manifest in Divine Timing and not a moment sooner.

This numerology report about the year 2020 feels enormous. I feel a great responsibility to access
the true essence of the year.

These are my own personal insights into this 2020 energy. Enjoy the journey as I write from the
heart and soul.

A pure number 4. No Malefics, no Master Numbers, just a pure 4 with two zeros, donating a strong
spiritual presence and help available to all those who call on it.

A number 4 is, in essence, a number signifying:

The number 4 goes “snap” with the letter D, the element earth, the planet Uranus and the colour
green. The musical note is F.

One way that mystics, poets, composers and writers access the universe is through music. They
“hear” “Celestial music”. I hear it too, especially when I am under large trees: nature’s antennas. I
refer to it as the “music of the spheres”. (I have linked the ability to hear this music to the number
25/7 on personality level of the surname at birth, or the male genetic lineage.)

The 2’s in the year 2020 are intuitive, sensitive and musical. Musical keys trigger specific emotional
characteristics. This truth was well noted before the 20th century. Make your choice daily as to
which vibration you choose to embrace in 2020:

I am expecting sound therapy to come into its own from next year, shattering tumours like a soprano
shatters glass. A new era of musicians will likely surface too and the finer side of music will once
again become popular.

The 4 th alphabet letter of the Hebrew alphabet is Daleth. This word means womb or door. In 2020 it
is still closed, but in 2021 we will be opening the door to a completely new era. When one door
closes, another will open. So many doors have closed in recent times for so many people and
businesses. I believe more will close in 2020 and we will reach a low. The silver lining to this dark
cloud is that there is only one way out from rock bottom, and that is up.

I have an image of pressure building in a closed container, and as you know – something has to give.
2020 will go down in history as being so uncomfortable that it outweighed the fear of stepping out
of “how things always functioned and worked” into a great unknown and great adventure which will
be the ruling theme in 2021.

In the negative, the 4 has a donkey-like stubbornness to move forward. Donkey starts with the letter
D too. It can be a bit of a “plodder”, but hey, slow and steady wins the race, right?

On a spiritual level, enlightened number 4’s have come into this life to provide form for
establishment of the divine blueprint on earth. Once they recognize the inner work of the soul, 4’s
are inspired workers towards the Light.

Everything that exists starts with 1 and goes through three successive stages to reach form in the
number 4:

In his law of opposites, Pythagoras called the 4 “Right and Left” as the earth spreads out to your left
and right. It is the physical plane, the four corners of the earth, the four directions: north, south,
east, and west; the four elements: fire, water, air, and earth; and the four geometrical forms: point,
line, plane, and solid.

The ancient Greeks considered the Tetrad to be the root of all things. Tetrad means “group of 4”.
Note the two T’s in “tetrad”, 20+20, and the word “tetrad” ending in a D which is the 4 th letter of the
alphabet and shows the end result of the word – putting collaborative ideas, or global collective
consciousness into a structure or form.

The Law of the Tetrad provides knowledge of the most basic law of creation: the mind’s ability to not
only shape itself through its own thoughts and perceptions, but also to provide the key for self-
mastery as “mind over matter”.

40 is used as a number which separates a distinct ending of one era and a new beginning of a period
in the history of someone or something. It is also a period of years representing the time it takes for
a new generation to arise.

Biblically, 40 is used symbolically as “the long time” that Jesus was tempted in the desert, the
amount of time it rained when Noah was in the ark, and the amount of time the Jewish people
wandered in the desert before reaching the promised land. It shows very clearly the turbulence,
fear, trials and tribulations and lack of direction between two significant and very different periods
in time. For me this has a distinct feeling of powerlessness with nothing but blind faith and hope to
keep going.

I have a vision of a promised land, a rainbow and an overcoming of trials and tribulations with much
soul growth at the end of 2020, as we go into 2021.

I see 2020 as a period of being betwixt and between the old and the new; no longer in the old
paradigm, but not yet in the new; kind of “stuck” in a sandwich between the two.

The Law of Gestation comes to mind. (A baby takes 40 weeks to develop.) Indeed, the power-
hungry, karmic male number 19 from 2019 has fallen away to make space for the sacred birthing of
the divine feminine principles, the double 20’s, of which gestation is part of the process. For some
this is an uncomfortable period, for others joyful, for others painful, but a very sacred time carrying
the seed of new life within.

Gestation is the period of time it takes for something to come into form. Everything has a gestational
period or time required for it to manifest. It is like a seed. Different seeds have different germination
periods and different favourable circumstances necessary for them to germinate. All will manifest in
Divine Timing and not a moment sooner.

At the end of the flood, Noah received an olive leaf from a dove he sent out. In biblical accounts,
extending an olive branch meant the ending of hostilities between two parties and signalled the end
of the conflict. The world needs to extend those olive branches.

20/20 vision is what comes to mind whenever I see or hear “2020”. Will we at last see things for
what they really are? Will we remove the blinkers trying to keep us focused on a small area in front
of us, obscuring peripheral vision to keep us from seeing the full picture?

Number 20 is linked to duality, and 20/20 vision needs to see, understand and connect opposing
viewpoints and both sides of the story. Conflict resolution.
Number 20 embraces polar opposites:
• Male and female
• Positive and negative
• Spirit and matter
• Light and dark

Number 20 goes “snap” with the letter T, the 20 th letter of the alphabet. Phoenicians wrote it as a
cross, similar to the plus sign. The horizontal line is matter and the vertical is spirit descending into
matter. When they cross (+), they form the plus sign: creation.

The root number of 20, number 2, denotes cooperation, friendliness, helpfulness, modesty,
neatness, tact and diplomacy. It is also about the finer details, crossing the T’s and dotting the I’s.
Both these letters used in this commonly used example signifying detail focus have very spiritual
sides to them as well, as the sacrifice of the T (the cross) implies and the dot of the I, which is the
light of God descending into matter. But I don’t want to get into analysing words and letters in this
blog, so let’s move on.

Number 20 is a number donating partnerships, companionship, and marriage. Number 2, or 20, is
associated with pairs of things. Items that come in pairs often add up to 20, like shoe, breast, foot,
rib.

Two of each makes for balance, and the word BALANCE also totals 20.
Many words signifying a collection total 20 when the letters are added together, (Pythagorean
method):

Without a focus being placed in 2020 on preserving collections of “things” like water, animals and
food, without which we cannot live (the word DEATH also totals 20), the new era cannot be ushered
in. 2020 is pivotal to preserving these resources. Putting plans, laws and structures into place and
putting in the effort and work to clean up the earth, water sources and air, are implicit in the total of
2020 – number 4.

On searching the periodic table to see which elements add up to 4, I found the following amongst
others:

Remember that 2020 is made up of two number 20’s, and the total is 4. Coincidence? I think not.
Lol. Oh, wow! Okay, I could not understand why Spirit was pointing me to the periodic table, but
now I understand. The vibrations of 2020 place the emphasis very firmly on gold as a foundation.
One of the lesser-known attributes of the number 4, which is associated with hard work and living
hand to mouth, is that it has the Midas Touch. This means it has the ability to make money out of
anything it undertakes, or to turn anything into gold.

That ties in with alchemy – the ability to turn lead into gold.

I look forward to spending 2020 laying a firm foundation. With a bit of planning and hard work in
collaboration with others I know, I plan to create and store wealth in the form of gold to create
stability for the golden era to come.

The big picture is using these traits and groups to put ideas into form. It is not a year to rest on your
laurels, nor will it be the year that will be your crowning glory. It is, however, the year to put firm
and solid foundations in place to prepare for “on earth as it is in heaven”. Number 4 is the “as
below” to the “as above”, and it will all culminate in 2024 when the year adds up to 8.

So, to wrap things up, 2020 has a double focus on the necessity to find your vibe and your tribe.
Collaborations, diplomatic partnerships and negotiations, teamwork, coexistence, inclusiveness and
deep intuitive understanding of relationships and interpersonal dynamics are a necessity in 2020. So
too is soothing music and time to just flow and be. However, it will take planning, a system, careful
budgeting and hard work.

We are almost there. A brighter future awaits on the other side of 2020. Persevere and keep going.
NEVER give up. Pick up the stragglers along the way. Nobody should be alone or get left behind.

Sending so much love to you all.