I am a Pythagorean Numerologist.

Pythagoras is well-documented, although his teachings were never written down. 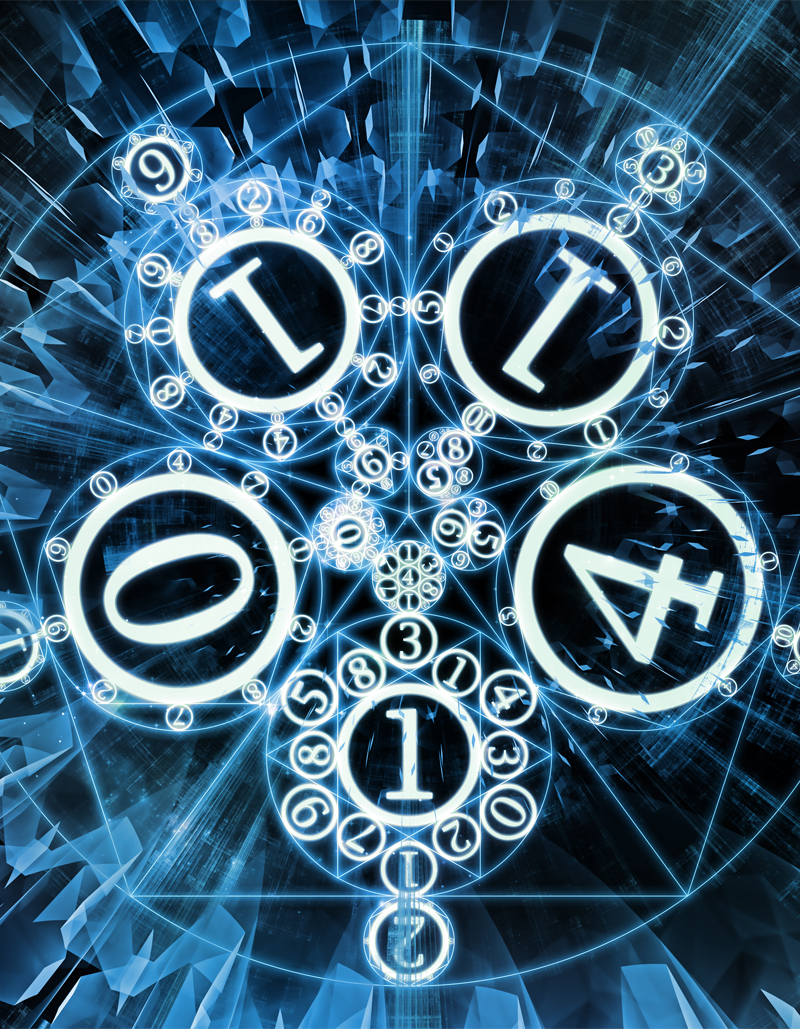 At school, you may have learnt how to apply his theorem regarding right-angled triangles. The esoteric meaning of numbers that he taught, though, is not something you would have been introduced to. In fact, although I had higher grade maths at school (and hated it), I was never even vaguely aware of the hidden meanings of numbers, nor of the universal mysteries hidden within their realms. It is an ancient science, and indeed the deepest form of psychological profiling known to man.

Each number carries hidden meanings which are used in ALL religions, spirituality, and of course, the very laws of nature, sound and waves all operate on this scientific and thus provable and replicable universal science and truth. Add the universal laws to this, and I will add 20 of them below, and you have access to some really powerful information that is life-changing, to say the least.

Each number has positive, negative and destructive energy. Some numbers carry karmic obligations that, when understood, provide the understanding to break karmic patterns. By embracing and harnessing the positive energy of each karmic number, destructive patterns from past lives can be overcome. Every number vibrates to a colour, sound, planet, gemstone, deity… and the list continues. Everything is linked to everything.

Numerology is very individual profiling. Nobody has the same Numerology as anyone else. You are completely unique. Even if someone was born on the same day as you, you are unique because of your name, giving marked differences between even identical twins. With free will choices can be made about how your life will play out, but it will play out within the parameters of your Numerology chart, whether you think you are on course or not.

A feeling of being out of sorts or depressed is a certain indication that you are not following your divine blueprint.

Your inner road map and soul contracts were put together before you chose your parents, siblings, country and town where you would grow up, the religion and traditions you would be born into, the physical body you required and many other carefully selected criteria to accomplish your mission. We all have one thing in common, though, and that is to evolve.

Congratulations on choosing earth as your destination! Only ambitious souls come to earth, which is a very dense physical experience and not an easy journey. It can be navigated with purpose, compassion and love once the understanding of the choices is revealed. Karma must ultimately be balanced and soul lessons learned. This will take many lifetimes, as you will return to help others in your soul group until you have all evolved. Thus, your soul growth affects all of those around you, although you are ultimately only accountable for your own actions and choices.

Like tides and seasons, your life has ebbs and flows, and Numerology can reveal all of these.

The differences between Chaldean and Pythagorean Numerology

There are quite a few differences between the Chaldean and the Pythagorean systems. The algorithms and the personalities of the numbers in Chaldean Numerology are so different from the Pythagorean system, it might as well be considered as different as Astrology and Numerology. For example, the Chaldean system is based on the numbers 1 through 8, not 1 through 9, although the 9 does play a role in certain situations. Pythagorean Numerology pays more attention to the full name at birth than to the shorter name used in day-to-day social settings … the opposite is true for the Chaldean system. The numerical values of the letters are also different, and the list goes on.

No system is better than another, whether comparing Pythagorean Numerology or Chaldean Numerology, or Astrology, or palmistry or any other method. They are all valid and the quality depends on the experience and the knowledge of the practitioner, not the system of his or her choice. Trying to do both, Chaldean and Pythagorean systems, can cause chaos and confusion. Pythagorean Numerology continues to evolve, be enriched and fine-tuned over the ages, while the Chaldean method stopped evolving in the days of Babylon. 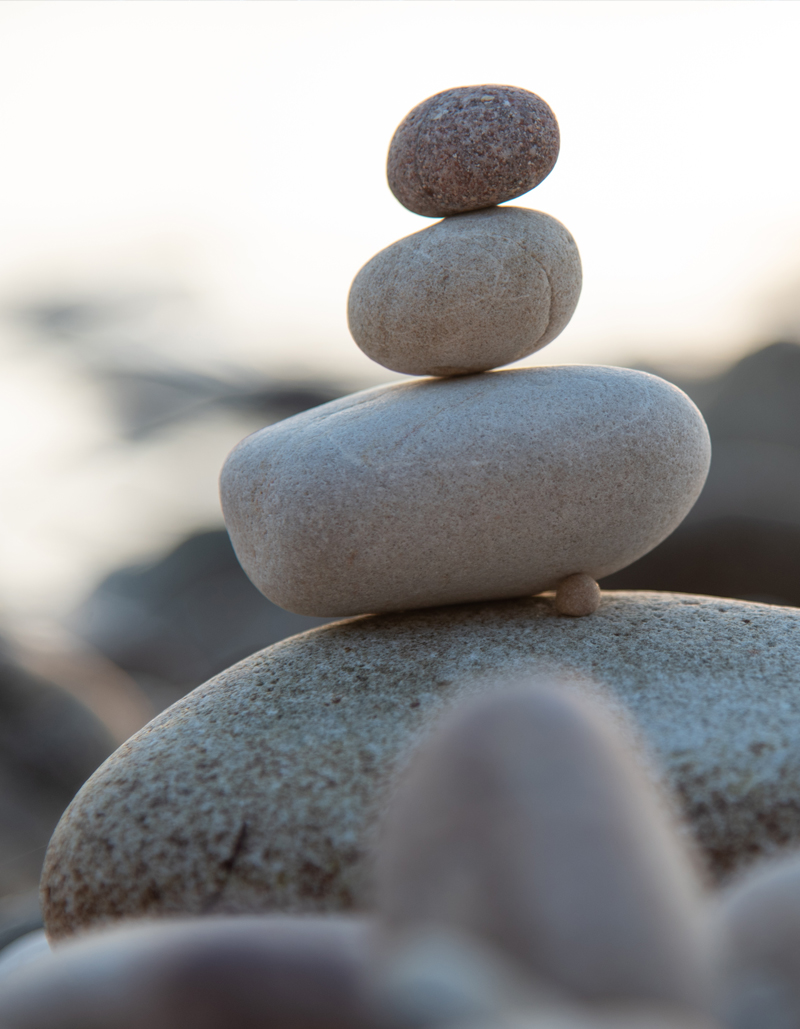 Additionally, there is a mystical undertone to Chaldean Numerology that is more in tune with old and thoroughly dead forms of religion and cultures than with today’s modern human beings. Of course, that mystical tone is exactly what makes it attractive to Chaldean Numerologists, and there are certainly a number of them who are as good at what they do as those who have chosen other methods. In the end, it is purely a matter of personal preference.

What are the 20 Universal laws?

This relates to disrupting harmony when you are the cause of some effect and there is not a peaceful state of equilibrium.

This is like having credits and debits on a balance sheet. Both good and bad karma exist simultaneously. Until these have been balanced together with the dharma (the deeds you need to do), you will reincarnate with souls from your soul group (and others too) with the same karma in the same situations lifetime after lifetime.

Give love, mercy and grace to others and you will receive the same.

By evolving spiritually and raising our vibrations through unconditional love, we move closer to a state of harmony and bliss.

Some people no longer need to return to earth as they have transcended the need for this, but return to help others, so that we can all be free once all souls have evolved. A bodhisattva is such a person.

Energy cannot die, only transform, and science merges with metaphysics. Everything has a vibrational rate that it has earned.

Although some events are predestined, you have a choice of how you respond, which affects everything (and everyone) else. You can respond positively, negatively or destructively.

Everything we think, say or do affects everyone else.

Thoughts are manifested, whether positive or negative. To change reality, beliefs and behaviour must be modified.

The serenity prayer comes to mind…

When two or more people are gathered for a shared purpose, it magnifies the energy immensely.

Allow the negative to flow through you without resisting it, as what you resist, persists.

You attract what you are and what you focus on.

What you fear or what you love will be reflected by your reaction to others.

This is the acceptance of others without judgment or expectations, without attempting to change them, except by our own positive example.

The circumstances of each incarnation are chosen by the soul (in its all-knowing state in between lives) according to what needs to be experienced in life. This includes things such as your parents, other souls you will interact with, and time and place of birth according to astrological configurations.

Heaven on earth is accepting that which is your Divine birthright, as you are worthy – just because you are you.

There are no accidents. Your energy causes all of your experiences, and so everything in your life is a result of your own choices and actions at some point in time. Taking responsibility for where and who you are is a good place to start your journey to wholeness and understanding.

Numerology is a science based on universal laws that are indisputable universal truths and provides the blueprint to your soul and its journey.