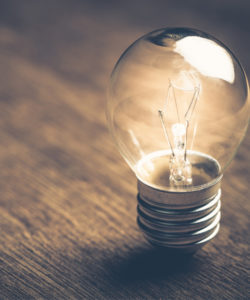 October is a unique month. Every year.
This year especially so! But why?
In September 2016, this month past, we were at the very end of a long 9 year cycle on earth. A global “ending” energy… The energies were all saying the same thing, whether you were looking at them from an astro-logical or a numero-logical viewpoint. After all, all systems of truth get to the same result in the end.
If ever there was a time in the last goodness-knows-how-many years where the energy of new beginnings can be felt, it is NOW! And October 2016 ushers in this new energy. However, I urge you to transit patiently, until it kicks in fully early next year – you should feel the change by early February.
The month energy of October 2016 adds up to 19. This is a karmic malefic number, related to power abuse and manipulation. Ego. Number 19 demands an eye for an eye… Watch this space as egos come crashing down all around you this month, as the male dominated power from the 1900’s clears out and is frowned upon by global consciousness. It has been slowly releasing from the year 2000, but a transformation period has been necessary to usher in the harmonizing female energies.
The last 1000 years were ruled by male power. These next 1000 years will be ruled by female power.
What does this “female” energy look like when it is in power? Aaaaahhhh…. Therein lies a HUGE unanswered question! I don’t believe it is the female power we have seen to date, where powerful women have been trained to follow the same gestures, stances and mannerisms of alpha males. I don’t believe the language used will even be the same as present day corporate communication, which is filled with what I can only describe as “male war terminology”.
I believe this will be a strong yet very feminine energy. Not a female energy dressed in corporate clothing “operating” on the rules of the male corporate world and dress code, but a very approachable energy – perhaps a little like the energy of Lady Di, the kind of “energy” that stoops down to make eye contact with children and hugs people from the heart chakra and “connects” when making eye contact.
But first the new energies have to come in and find their feet, and October will do exactly that, to whatever extent the human race can cope with.
Last month, September 2016, was a month to clear out the old, let go of grudges, make peace with your past, and forgive yourself and others.
This month you will feel the stirrings of new things to come… Allow yourself to think about the changes you want. Begin to live them. Dream them and verbalize them, so that the winds of newness and wonder can fan these new dreams and goals into a burning blaze that spreads around the globe. There are no rules in this new era. They have not yet been formulated.
If you have strong number 1 energy in your numerology chart, now is your time to begin to step up to your calling. Listen to the callings of your soul. Your time has come. All you have been through in the past and all you have learned, will serve you well.
Take the lead, and take on new challenges, treating others with compassion and kindness. New innovations are brewing, and there is unexplored territory to explore and uncharted wilderness to map. Be an adventurer. Break new ground. There is no existing plan or road map for where you are going. There is no handbook on what is “correct” or “acceptable”. Use your integrity and your intuition and follow those invisible sign posts.
Out with the old!
In with the new!

Happy October to you all!